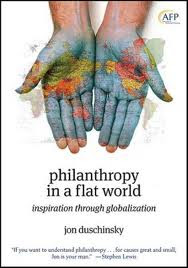 At conferences there’s this thing that happens sometimes
The hot session gains buzz
people switch, the room is full

At AFP Congress in 2009, the largest fundraising conference in Canada,
the session was “Philanthropy is so …20th Century!”

And I met this guy – Jon Duschinsky

The session was so full I had to go out and get more chairs twice. It was still standing room only. The speaker was riveting and terrifying all at the same time. Making us think about the past, present and future of this sector in consideration of the “benevolent cloud” Vs. Decades of neat little donors sorted into databases and respond to prompts by mail and phone

So challenging was his talk that a senior fundraiser stood up, almost enraged and said “NO!” in so many words “donors must do what we tell them”

His answer “too late”.
“The future is now, they have the power and we have to deal with it”.

This was not some young punk talking about the potential of Facebook and text donations. This is someone who knows research, who the largest fundraising Association in the world had felt confident enough to publish. Someone who is in dialogue with fundraisers around the world..
Like the other 200 people in the room. I wanted more.

It didn’t disappoint.
I reached out to the author.

Since then we have talked a number of times and keep in touch.

I challenged him to help some fundraising students at a Humber Fundraising Network event I was planning. Jon showed up and was as gracious and challenging as ever.

His brilliance is only outdone by his authenticity and shared zeal for our work.

I wanted to give him a nickname, but I realized by my last blog post tha 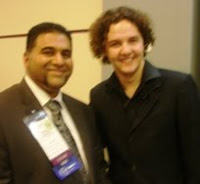 t the title of mad scientist was already taken (by David Love) – and then it hit me.

Jon is all about the UK and the European fundraising scene. He’s thoughtful, brilliant, adventurous, unpredictable and that hair!
Not only is he Dr. Who – he is the greatest Doctor of them all. Tom Baker. 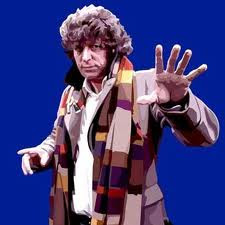 Being around him casts the same spell, he yearns for knowledge and wanders the globe constantly…yes indeed he is The Doctor.

Want to learn more?
Check out the site, read the book, check out Jon
Keep an eye on this guy – I often wonder what the future of philanthropy looks like.
But I know one thing for sure.
Jon will be there, leading the way.

You be the change Jon. I’ll be there, along for the ride.

2 Replies to “If you seek adventure – meet The Doctor”