n hiding under a rock
You’ll know one of Canada’s most popular shows, Dragon’s Den

Kevin O’Leary is a polarizing force of capitalism
and has just launched a new book!

The best library system ever, TPL had Kevin in for a sold out event tonight he was in fine form and as usual doled out some great stories and lessons

An early story about how he went into business with Don Cherry and then sold those businesses and shows for a profit was fascinating, explains some of his TV persona and how he knows the secret of TV:

WHY does a billionaire have five TV shows and work non-stop?

His shows give him daily access to influencers, government and celebrities
Access he couldn’t buy if he wanted to.
As he said “money is not power. Information is power”

Great story about when ABC wanted him to promote his new show on “Dancing with the Stars” he said yes and flew to LA for 10 minutes work to network with business hero Steve Wozniak. That meeting Steve gave him a stock tip that made him a lot of money…Netw 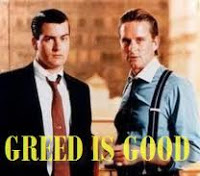 He counts John Lennon as an influence but lives by his code
“the pursuit of money is the quest for freedom and happiness”. Not quite “greed is good” but that Canadians needs to stop being ashamed of ambition.

eat story, he believes “nepotism is a corporate disease”, when his son asked him “Dad when we fly, I sit back here and you go to first class”
Yes. His son flies economy.
His response “but son, you have no money!”

He wants him to earn it, no free rides here
“I may give all my money to a cat, I haven’t decided yet”.

Speaking of animals…Kevin’s view on investing? “There is NO place for emotion in investing. You want a friend? Buy a dog”.

When he was a c 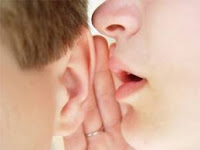 hild, his mother gave him powerful advice “never invest in any stock that doesn’t pay dividends. Period”. It’s how he runs his investments. He fires anyone who doesn’t get it.

During questions he explained the three elements that 100% of successful pitches to Dragon’s Den:

1) 90 seconds or less. Period
2) Tell me why YOU are the person who can make it work
3) Be the owner, the leader, don’t shy away from your passion, power or knowledge 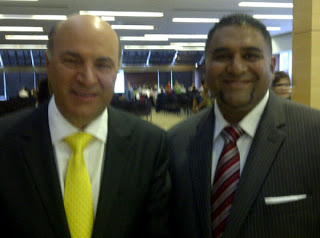 Lastly, as a networking tip, I encourage a no ego rule. This Billionaire made time to sign every book – very classy.

Kevin, keep it up.

Just in case you’d like a play by play the ever-awesome Toronto Public Library just posted the event on YouTube!

One Reply to “Lessons from Kevin O’Leary”