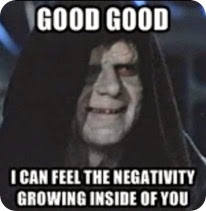 It’s funny how negativity accumulates It creeps in, piles up, grows like a weed inside you, around you silently until you realize it’s become part of how you think – that’s not a good thing and you know it. I’m not one for resolutions but recently my favourite personal board member, the CBC metromorning crew in Toronto put forth a challenge to the city. Two for Toronto Can you do two small things, to add some positivity to the world around you? Tiny things like starting a bird box library in your neighbourhood or partnering with a local organization like the parks movement. Listen to Matt and the team talk with some idea folks here. I love being part of something positive, simple, fun – so I’m in! My second idea is a more quiet and private/personal one

. It’s about the value of Mothers, read more here. But first I’ve decided it’s time to go on the attack. Grab your pitchforks, torches, wallet and business cards we’re going to attack and loot a local Toronto business! How is this helping Toronto and how is this positive you ask? Well that negativity I was talking about creeped into my emotional vocabulary last year just near the end. And a good old fashioned positive explosion is just what the doctor ordered to wash it out. 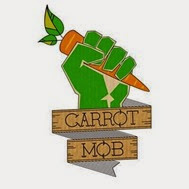 How does this relate to “attacking” a business? Oh we’re going to mob it all right – a “Carrot Mob” is what it’s called. Something the ever-awesome Terry O’Reilly, Canada’s adman in Chief, another CBC host shared at the recent Walrus Talks on Philanthropy. Its not a boycott, it’s a BUYcott! Now the idea (see here) was pretty hippie and involves all sorts of complicated agreements with the company that the profits will be used for sustainable investment or food security blah blah, I’m keeping it simple. Tuesday February 10th at 6pm, we’ll gather after work, do a bit of “netwalking” in the Annex and go to the brand new Bulk Barn to get healthy or unhealthy snacks, but to welcome this great store to the area. Then we’ll go nearby for some food and more networking. For details and to RSVP click here. I love this, hope you do too dear network. See you there! 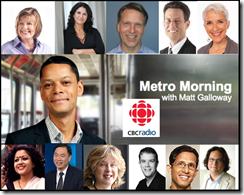 And Matt, Jill and the whole Metromorning crew, thanks to you for the idea and fostering some friggin positivity in this city. We can all use a little more. If you don’t follow CBC Metromorning or other CBC idea-people on Twitter I’ve made these lists so click on their names above and follow to keep learning from them and participating in great ideas like this!

And if you’re looking for a great read to combat negativity in 2015 read Amy Morin’s wonderful : 13 Things Mentally Strong People Don’t Do. Best of the new year to you, and a challenge – what two tiny things can you do to make your world a better place? Please share in the comments or on Twitter using #2forTO As always, thanks for reading,

2 Replies to “Grab your pitchforks. It’s time for a good old mob!”