I know this sounds so trite. But I’ve been arguing recently with a dozen young professionals I help, teach and serve – who are living for the future. Hanging on to it dangerously.

So I’ll put this rant out there, maybe it’ll strike a chord with someone.LIFE IS A JOURNEY NOT A DESTINATIONI keep in touch with dozens of young people, in their 20’s who “can’t afford” to move out of their parent’ 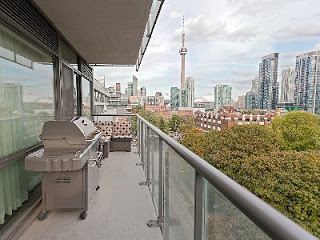 s lush suburban homes. They work in Toronto, the city I admire, love ( maybe lust over ) because of it’s endless ability to engage, delight, teach and BE in dialogue – BUT – they commute, for hours a day to come into and out of the city.What are they living for? The sick dream of “owning” a shiny new 700 square foot condo – which will probably take them until their early 30’s. Doesn’t help that house porn like THIS and THIS and THIS is always on TV.Now sure, many are the children of immigrants, so they have some ( weak ) excuse that it would break their parent’s heart to “throw away money on something you don’t own” – I believe this attitude is stunting the emotional and professional development of a generation.

My little argument, sure you’ll be paying down a mortgage, but I live by a code:IF HINDSIGHT IS 20/20 – I WANT TO LIVE USING THE CLEAR VISION OF OTHER’S LEARNED WISDOM OF EXPERIENCEAnd so I ask leaders in my profession and life how they did it. The same baby boomers that preach prudence backpacked across Europe, hitchhiked across Canada and now they are telling YOU to stay home. To play it safe. But the economy was different etc.. BS I say! Change and uncertainty will always be the only constant for young people. It’s about what you’re willing to give up, for what you want.
Yeah, cars, laundry, prepared food – these are the opiants of suburban life.You are going to wake up one day, and the most vital dangerous time of your life – your 20’s – your opportunity to test ideas, different types of you, doing dumb things, knowing that you are going to eat or go out ( and you choose drinking or art, or service to another ) for you to choose LIFE on the edge – rather than go from your parents home, to your fiancee’s home.I work in philanthropy, fundraising for over a decade. It’s a profession that’s 80%+ women. Talented, interesting, creative women. Who are wasting their 20’s on buses, cars, transit – dreaming of condo life 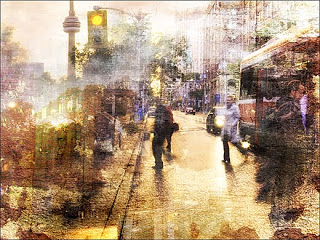 Moving downtown, won’t be easySome times it won’t be funBut as the economy shifts from the spoon fed to the self fed, you will find that you’re better equipped to hustle, survive, succeed. I was watching a terrible vapid pop movie with Justin Timberlake called “In Time” It posed a powerful question that made the movie worth watching.

IF time was life. How would you live?
If you woke up every day, with only a day’s worth of time to live then work would be your only aim, getting more time would be all-important
But we don’t live like that. Do we?
We can CHOOSE how we live. Why ARE you alive?What makes you alive?

Don’t get sold that your problems will be SOLVED by owning.
Life is not a problem to be solved.
It will never be “solved” if you’re someone who demands excellence 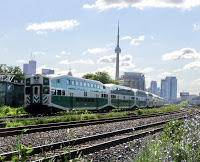 out it sometime.
How about at the March 29
Young Nonprofit Professionals event?

That’s if you’re coming,
and not on your 2 hour commute home.

Ps. That whole hindsight thing? I did live downtown in my 20’s and it’s a big part of the secret of my modicum of success. But then I got swallowed the poison pill above and I owned a home for a while late in my 20’s and early 30’s, and yes it was kind of blissful but that mortgage eats at your soul. Phrases like “house-poor” and “cashtrated” were common in my peers. It was the unhealthiest part of my life, thousands of dollars in cash eaten up by the upkeep of this “investment” on which your life depended. Sleepless night, anxious days.

You want to see friends? Engage in life? Sorry, grass to mow, gutters to clean, work to do and maybe if you grew up in the suburbs ( I did, don’t know what’s wrong with me ) that’s the best part of life but it was living hell for me. Don’t want others to wake up to that reality unless they choose it ( which I respect, despite the rant ).

Owning = happiness is one of Toronto’s dirties lies.

And of course, if you haven’t seen this…

7 Replies to “What are you waiting for?”